Introduction What We Do Outcome Project Evaluation Future Plan

The Management and Administration of IsDB-BISEW

The management and administration of the IsDB-BISEW has been vested on a Committee of Mutawallis constituted by six members of which, three members represent the Government of Bangladesh while the other three members come from the Islamic Development Bank.

The office of IsDB-BISEW is responsible for management and administration, planning and implementation of the projects and also for operation and management of wakf properties and assets.

Formation of Committee of Mutawallis

The objectives and purposes of IsDB-BISEW

IsDB-BISEW undertakes funding, formulating and implementing of projects in the areas of education, human resource development and institutional strengthening.

The intent is to gradually transform the large population into productive workforce by strengthening their technical capability to use existing and emerging technologies resulting in sustainable economic growth and equality.

IsDB-BISEW generates its revenue by renting out commercial spaces of IDB Bhaban, a 20-storied building and a 4-storied shopping complex.

IDB Bhaban has become the “land mark” of Dhaka city because of the best possible tenants under one roof and establishing one of a kind of computer market in the shopping complex. Highest standard of operation and management of the complex in order to retain international, multinational organizations to ensure uninterrupted flow of rental income so to maintain projects operation pursuing IsDB-BISEW’s objectives. 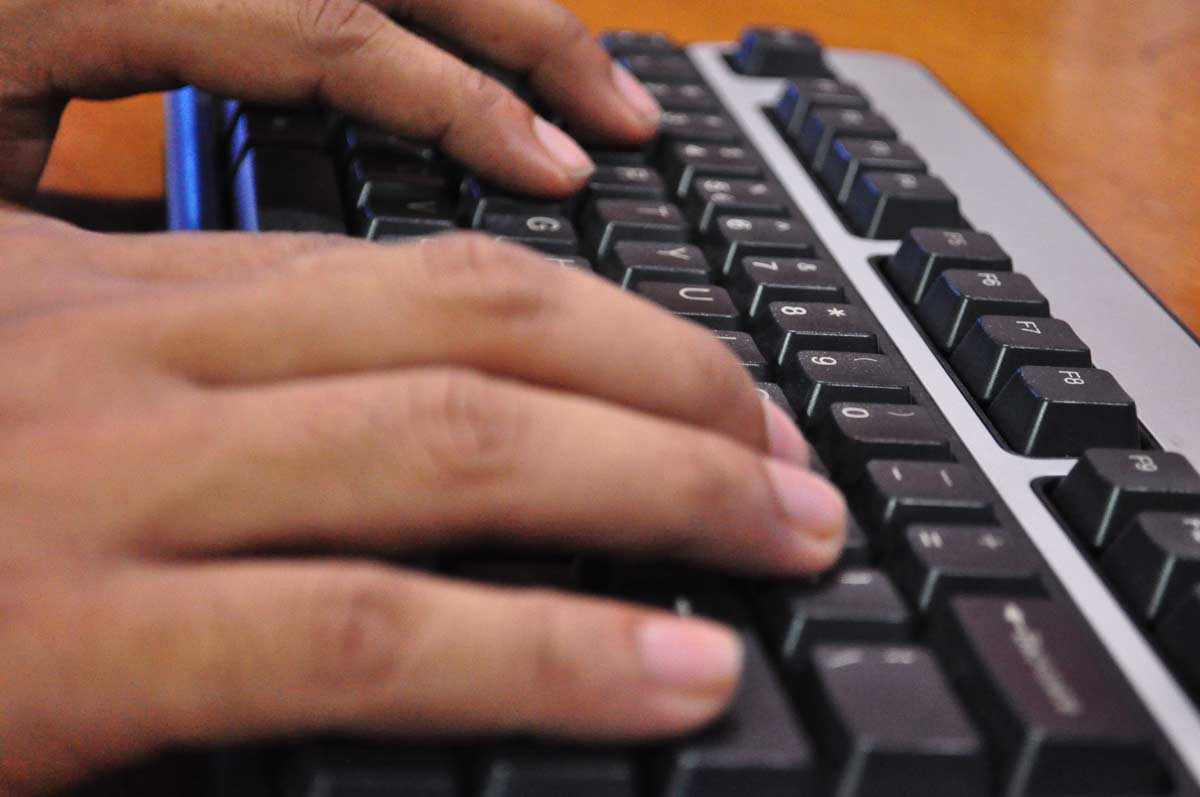 The objective of the programme is to enhance the employment prospects of Muslim youths (who come from financially disadvantaged background) from different non-IT backgrounds like Science, Humanities, Business and Madrasah. The programme imparts one-year long... 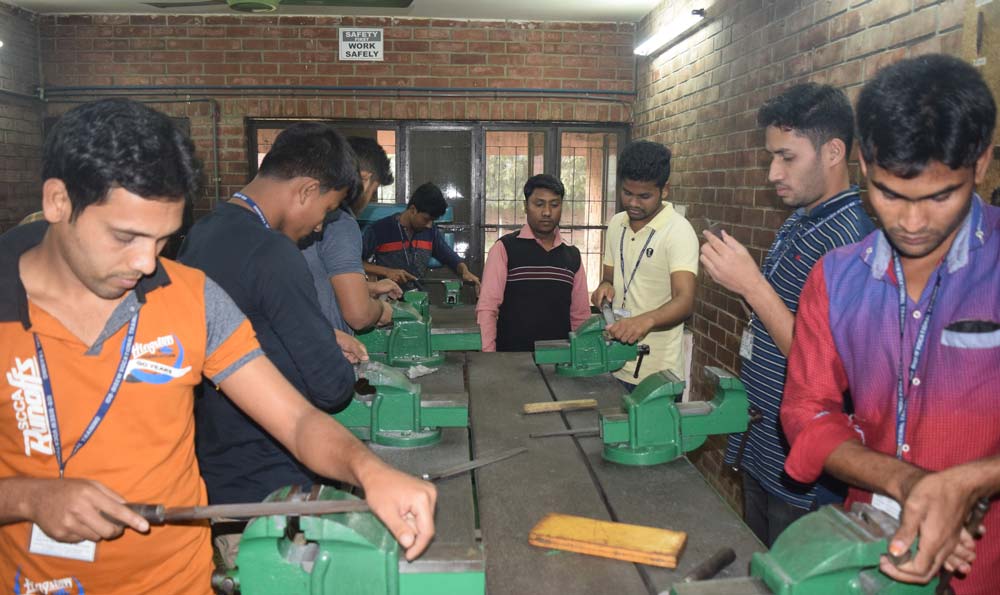 IsDB-BISEW has undertaken demand-driven vocational trade training programme targeting the young populace (Dropouts after 8 years of schooling, class VIII standard) who are not attached with formal education system and are financially challenged. The objective... 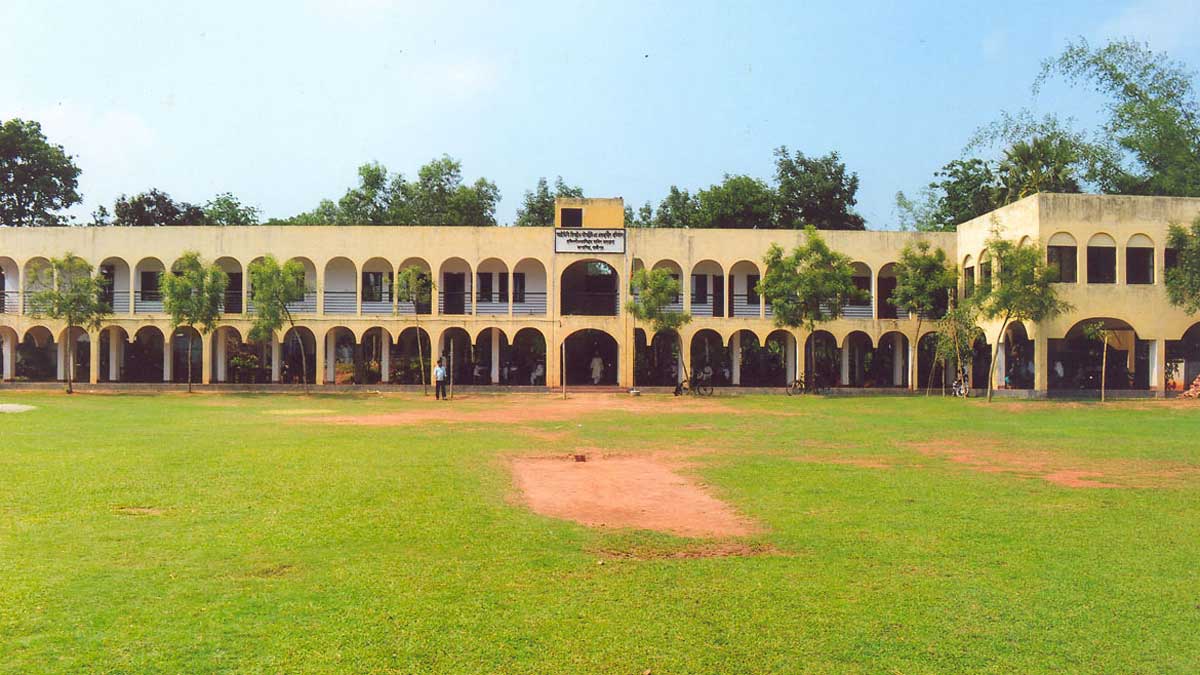 Under the Madrasah Programme, Dakhil (Vocational) courses under Bangladesh Technical Education Board (BTEB) have been introduced in 6 (six) Madrasahs after construction of complete academic building and vocational workshop with furniture, science lab and apparatus... 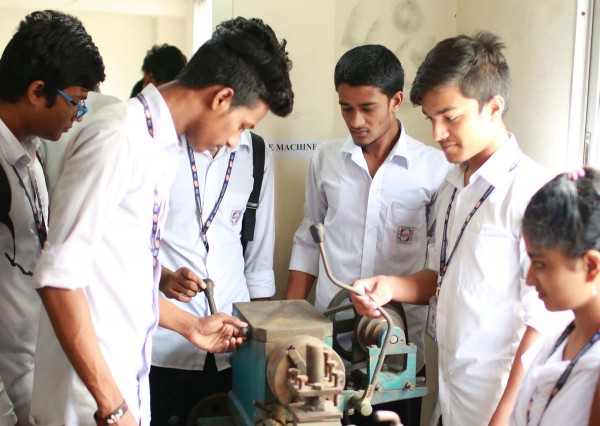 The 4-Year Diploma Scholarship Programme under Government Polytechnic Institutes has commenced in the academic year 2016. The foremost objective of the programme is to empower Madrasah programme beneficiaries with right set of technical skills that... 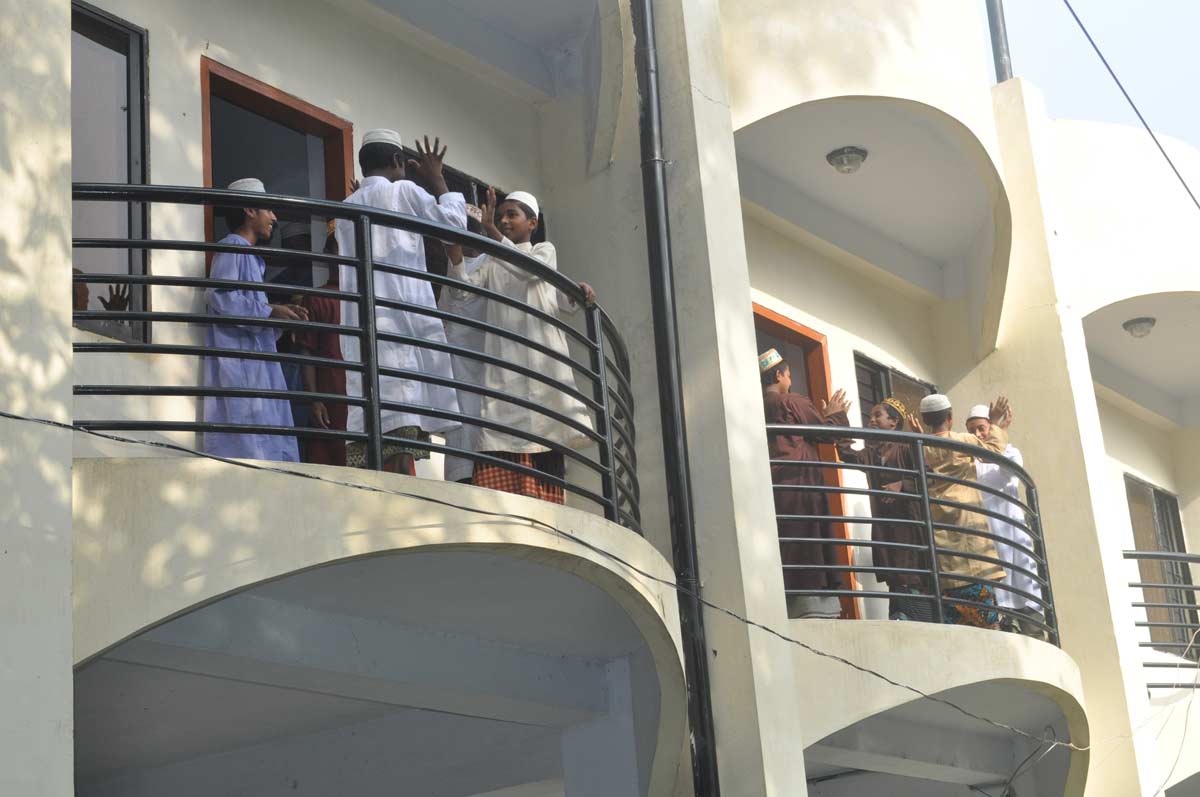 IsDB-BISEW has established a two-storied orphanage in order to fulfil its objective “To support, develop and maintain orphanages in Bangladesh”. The Orphanage has capacity of providing active services to 100 orphans at a time. 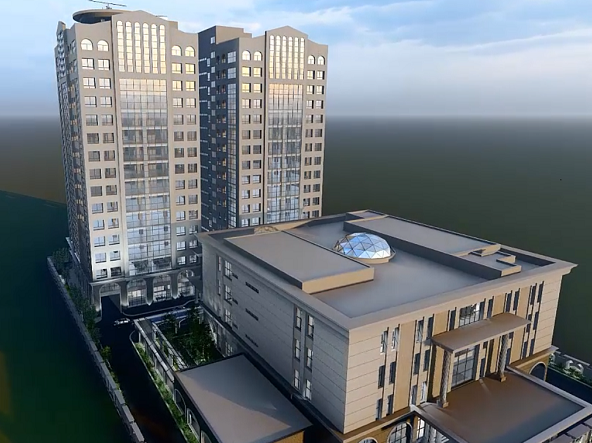 IsDB-BISEW has been operating a number of educational programmes for the underprivileged Muslim youth since 2003. Meanwhile, the programmes have earned enormous reputation and success in local and overseas job markets. All the programmes have been maintaining an average of 92% direct job placement of beneficiaries. It is really appreciable and praiseworthy contribution towards the economy of Bangladesh and strongly recommended for continuing the programmes in broader and extended domain. 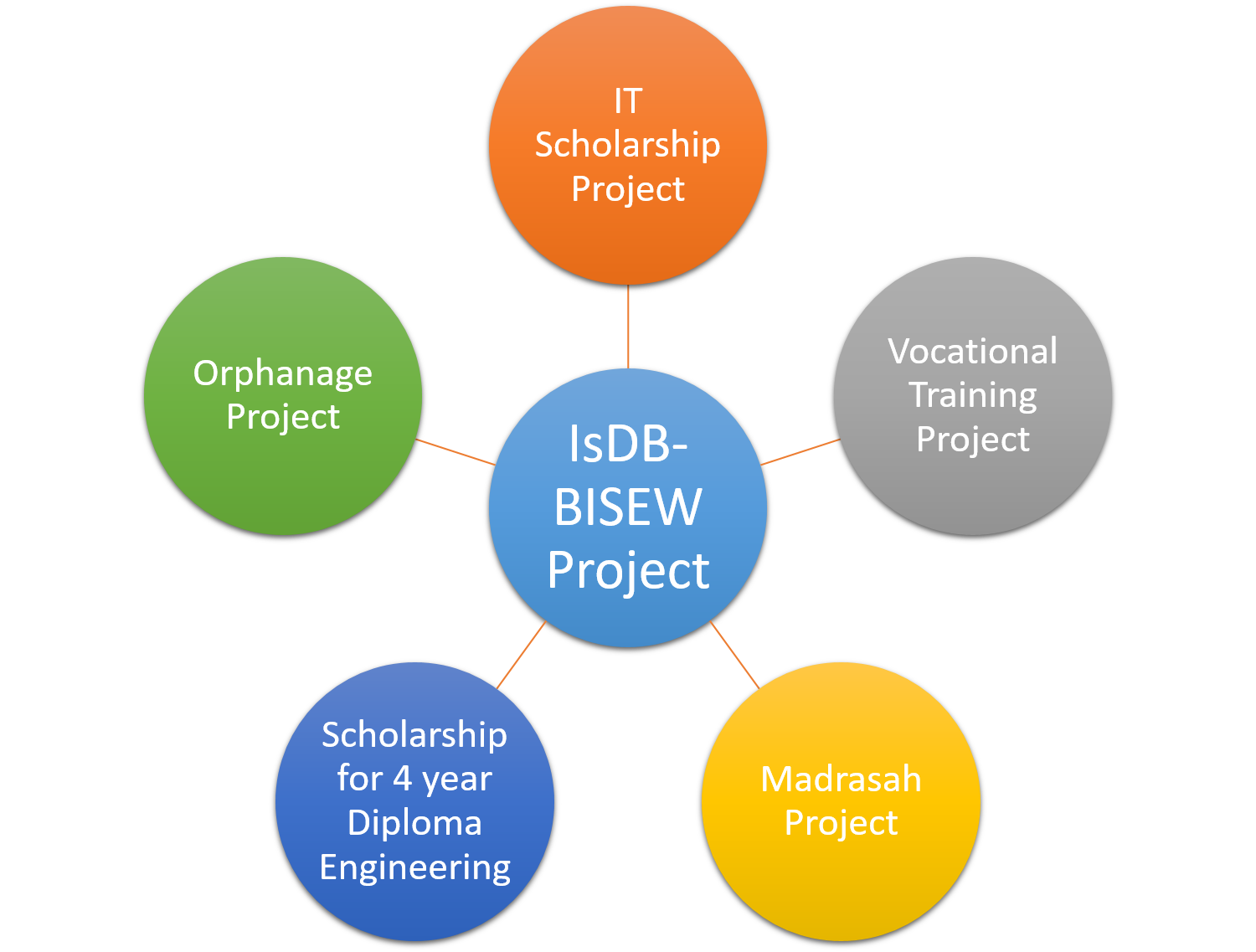 The IsDB-BISEW IT Scholarship Project has been rated by a Third-Party Evaluation as "Really appreciable and praiseworthy contribution towards the economy or Bangladesh and underprivileged Muslim Youths and strongly recommended for continuing tne program ln broader and extended domain".

The IsDB-BISEW IT Scholarship Project, as stated in the BUET Evaluation report -"The IsDB-BISEW IT Scholarship Project has been producing highly competent Il workforce for the job market. The evaluation of the project reveals that the qualifications and competencies obtained by completion of the training are officially authorized through the lDB-Bl1SEW certificate and vendor certifications both of which are non-academic in nature. Rather a professional certification/diploma from an academic institution and/or accreditation from an authorized educational body will add more value both for the trainees and the project. This evaluation, therefore, strongly recommends that the IsDB-BISEW IT Scholarship Project undertake the necessary steps to seek endorsement of its training program from a suitable educational body authorized to confer such qualification"; and

The IsDB-BISEW Madrasah Project has been rated in a Third-Party evaluation in the following terms- "The initiative of undertaking Madrasah project and introducing Dakhil (Vocational) program is highly appreciable and its close monitoring system is ensuring quality education".

IsDB's evaluation of the IsDB-BISEW project "Project s good implementation, its satisfactory operational performance and sustainability, the project is rated as successful"; and

A plot of land has been purchased measuring 2 (two) acres located in the Agargaon Administrative Area, Dhaka, Bangladesh for setting up an installation befitting with its purposes and objectives of IsDB-BISEW with the enhanced capacity.