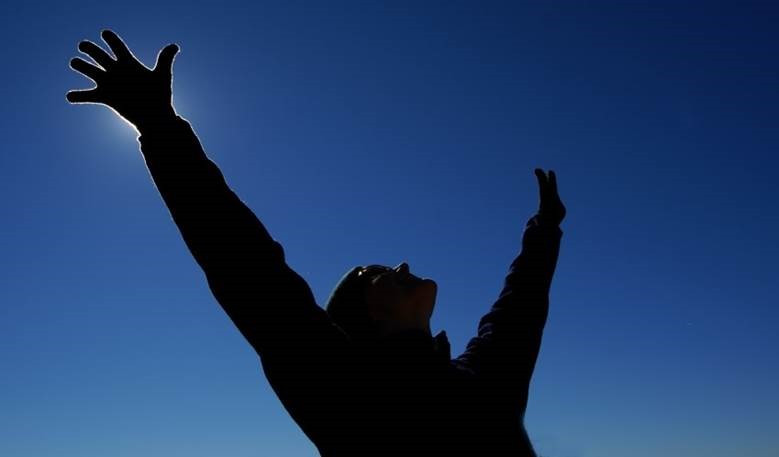 Welcome to the July 2022 issue of Empower, the periodic newsletter of the IsDB-BISEW IT Scholarship Programme. This edition includes the following topics of note: 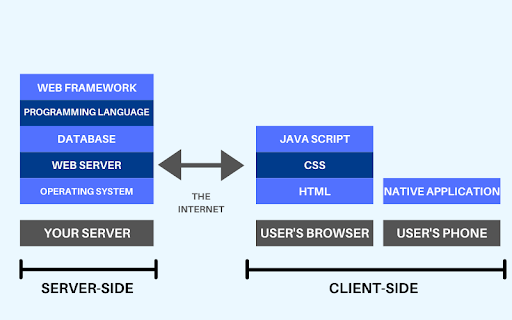 Full-stack developers are one of the most sought-after professionals in the field of software development. The reason is, that they have sound knowledge in both the frontend and the backend development of software applications and have to be aware of all the tools, and technologies that are being used to create different applications or websites. Besides this, full-stack developers are often responsible for user interface, user experience, and design patterns for a rich customer experience. This is one of the major reasons why they’re most popular and in-demand with an average salary bracket of BDT 6 Lac Per Annum – BDT 12 LPA and above for developers with mid-level seniority.

Let’s break the development into two parts – Front-end and Back-end development. Why so? Because any application or web development has these two major units to work on any projects.

The front-end developer works on the wireframe, interfaces, and visual parts of any project. (usually, they’re responsible for “what and how the user views the front screen while interacting with the app or web) and that’s why they’re known as front-end developers. On the other hand, the back-end developers are responsible for building logic, and architecture on how the app or web will work (and that also includes how and where the data will be stored and how it will flow), and since they work behind the curtains to create the base that’s why they’re known as back-end developers.

Let’s jump to our agenda and let’s discuss some of the most in-demand skills that are required to become a successful full-stack developer.

Below are some of the best and most desired skills to become a successful full-stack developer.

Abbreviated as Hypertext Markup Language, HTML is one of the most common terms and most people might be aware of it. It is used to prepare the structure of any website that we’re using today. However, it is mandatory for a full-stack developer to know the technical skills of using HTML whereas CSS or Cascading Style Sheets are generally used to style the HTML documents. In short, they’re responsible for making a rich experience and interface of any website. It also describes how and where the elements of an HTML should be displayed (including colour, placement, font, etc.) and to make the appearance of any webpage visually appealing.

Things to Learn in Operating Systems:

There are a few important elements that you need to know while working on an operating system, the list entails the following units:

Being proficient in VCS requires both the understanding of project management and keeping track of the entire history. VCS also defines how a company’s workflows are bound with it. That’s why having knowledge of at least one of the most popular version control systems will solve most of the problems of tracking changes. It’s also a platform for developers to interact and discuss their ideas and issues. Some of the best VCS are:

Nearly everything we interact with on a daily basis is built over a database. From the online game you play, to the virtual coin you earn in the game, to the real money you spend online, to the inventory you purchase, to the contact list on your cell phone it is all information stored in a database. This almost universal requirement would require you (as a full stack developer) to possess the skillset to write queries so that data can be called, saved and modified when required and for that having solid knowledge of database is a basic requirement. Being a full-stack developer comes with a lot of responsibilities and thus possessing the skills for designing and manipulating database is a must.

However, if you’re wondering what kind of database you need to work on, so basically there are two major types of databases that are mostly being used in the industry. These are:

API stands for Application Programming Interface. In the context of APIs, the word Application refers to any software with a distinct function. Interface can be thought of as a contract of service between two applications. This contract defines how the two communicate with each other using requests and responses. Their API documentation contains information on how developers are to structure those requests and responses.

APIs are mechanisms that enable two software components to communicate with each other using a set of definitions and protocols. For example, the weather bureau’s software system contains daily weather data. The weather app on your phone “talks” to this system via APIs and shows you daily weather updates on your phone.

Nowadays, when we’re talking about APIs, we’re typically referring to web service APIs, which expose an application’s data and functionality over the internet. If you look closely, you’ll see that web APIs power our everyday lives:

The most widely used web API standards for backend development are:

Software testing is the process of evaluating and verifying that a software product or application does what it is supposed to do. The benefits of testing include preventing bugs, reducing development costs and improving performance. Even a simple application can be subject to a large number and variety of tests. A test management plan helps to prioritize which types of testing provide the most value – given available time and resources. Testing effectiveness is optimized by running the fewest number of tests to find the largest number of defects.

There are three categories of testing such as structural, functional, and non-functional testing. Some of the best testing tools are:

10. Use of Monitoring Tools

While working on any project, especially when is app is ready to push for LIVE, there are certain times when an app gets crashed. That’s where the requirement of monitoring rises, and full-stack developers are responsible for monitoring application logs, and server status and should be capable enough to handle crashes and to solve any complexity especially when the app is live.

How Hard is it to Become One?

If you wish to start your career in full-stack development then you need to have consistency, passion, and patience. The best way to prepare yourself would be to enrol yourself in a full-stack development course where you can get a thorough set of knowledge and skills needed for web development and learn how to develop industry-ready apps. The IsDB-BISEW IT Scholarship Programme offers four such courses. These are:

Based on the highly popular PHP language and the Laravel framework, the WDPF course also covers numerous other web technologies and focuses on Open-Source platforms;

The ESAD-C#.NET course is based on Microsoft’s .NET web stack and frameworks that provides a solid grounding on web technologies required to develop enterprise-level web applications. It also covers Open-Source web technologies;

The ESAD-JEE course centres around Java and its associated framework and tools required for robust enterprise-level technologies required for full-stack web development;

Based on the Oracle database server and its front-end tools, the course DDD also includes tools and technologies required for developing full-stack web development applications as well as Desktop based applications. 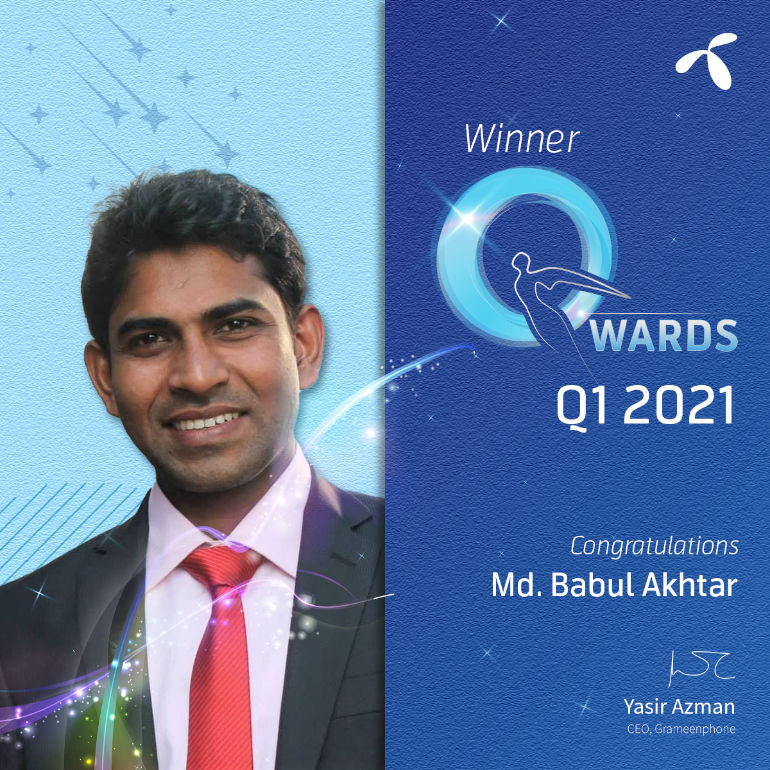 "Career choice can shape a person's life" – says Md. Babul Akhtar, an IT professional working in Grameenphone. "I joined Grameenphone in 2016. I am now a Senior Executive working in Business Intelligence. My academic background, however, is Chemistry (Honours) with a professional diploma in computing from the IsDB-BISEW IT Scholarship Programme."

Babul Akhtar studied Chemistry at Govt. Edward College in Pabna. Classes were irregular and the lab facilities were totally inadequate during his stay in the college. Studying chemistry became a laborious task for Babul. Despite the circumstances, he persevered and with the help of private tuition Babul passed his finals and graduated in 2011. Along with his fellow students, Babul felt that compared to graduates of public universities, graduates like him coming from the National University were discriminated against in the job market.

"After graduation, the career options open for Chemistry graduates were either that of Sales Representatives for pharmaceutical companies or working in a lab for which I was not prepared at all." At this stage, Babul felt that he needed to rethink his career pathway. A friend, a few years his senior informed him that he was going to apply for the IsDB-BISEW IT Scholarship. A career as an IT professional appealed to Babul. He also decided to apply for the scholarship. Babul and his friend were overjoyed when both of them were selected for the scholarship in Round-15 of the programme.

The systematic training methodology used in the IT Scholarship Programme impressed Babul. It encouraged him to work hard in acquiring new skills and he completed the one-year long course Database Design & Development without any difficulty in 2012. His first job was in Berger Paints as a project member of their software development team. He served there for three months as this was a project-based job. He had no problem finding a new job with better pay and got employed at Leads Corporation as a Software Engineer. Eventually, Babul was recruited by Grameenphone where he is now serving in a senior position.